The increasing importance of taking photographs and the value we give to them is tremendous.

Striking your best pose, posing with your soulmate, taking pictures of your children,  are few examples of a way we have to tempt fate, push the ‘‘pause’’ button on the film of life, as if to make it last forever. Yet the photograph is still ink on paper, pixels that you will never grab, that will sooner or later deteriorate, and disappear.

As a photograph and video maker, I usually observe my environment in terms of layers. I understand this notion both concretely and figuratively : I’m interested in how photographs can be trompe l’oeil suggesting space while being a simple surface, and being superficial representations of hapiness, love, affection…

My aim is experimenting with this notion of surfaces in a picture, through different mediums, in between 2nd and 3rd dimension.

I first worked with computer, with photographs you can find on stock photos websites like Getty images: Translating the depth light creates on the faces into layers in Photoshop, I was able then to separate them and give the sensation of space. This technique is used in many domains, like documentaries about celebrities. If you don’t push too far the effect it can indeed give the impression some famous people’s head has volume, but if you make it extreme, you get creepier results, a melting kind of picture. As stereotypical models of  lifestyle, stock photos seemed the ideal kind of pictures to use for my tests.

But I also wanted to apply this blending effect in a concrete process : I tried with 3d plastic stickers, melting them with a soldering iron, without much success.

Not satisfied with the soldering iron, too little, I got a raclette grill. I decided to use something multicolored to have a more clear sensation of space in the picture I would realise. That led me to test melting with marzipan and fondant.

The marzipan didn’t give really good results but with the fondant it was more interesting : to see the matter slowly move, transform as if it was a little organism, and then melt by below. Yet it quickly appeared that it was working up to a certain point ; the layer in itself had to be as thin as possible, and the number was limited. Therefore, my idea of recreating a picture with several plans couldn’t lead to much with this material.

So I finally tried plastic, because I wasn’t interested in using food anymore. Stop with the caramel making !

The first kind of transparent plastic I thought of was PVC.
I made tests on samples of three kind of thicknesses, with two devices (raclette grill and iron). I was looking forward to see how one piece would react, but also how many layers I could blend together.

It resulted that PVC was working good, as the samples shrinked and blended as expected. The results were more interesting though with the grill, because it was really deteriorating the material, distorting the graphic signs made to distinguish the layers, while the iron was a bit too perfectly unifying the layers. Depending on the thickness, it’s more or less easy to manipulate the sample afterwards.

My thought then was that the iron could be a good way of unifying the layers, but once the images would have been distorted by the grill.

So the type of material was pretty much settled. I had a better idea of the form, but also of the content.
I decided to relate my research to another photographic project I’m working on ; I went to Zandvoort aan Zee for three days. The aim was to find, at this very popular beach station, the strangeness behind stereotypical situations or sights. 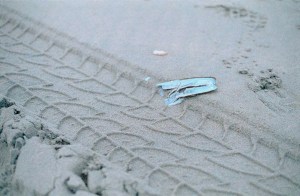 I basically took two kind of images there : peaceful sights of people lost in the wide space ; and closer shots on dead marine animals, garbage, trucks tracks… The space as we idealise it, and the consequences of our presence that we ignore.
I’ll use some of those images instead of the stock photographs. My project is to make those two visions communicate through blending. To me, the principle keeps being to intensify the common, emphasize this superficial property of the image (something flat, inconsistent) to somehow question its iconic dimension that has so much concrete influence on our way of seeing our environment.

In the lab, we have plenty of plastics of different compositions, that is to say the filaments for the 3D printer. More interesting to work on than PVC used for tableclothing, and also less poluting.
But a filament is round, and I needed something flat to print on. So I cut small pieces of filament and melted them with a hot press, initially used for transfer.

The results were really promising, particularly with the Bendlay, because it’s a very flexible and transparent material. I thought the look and the touch of it would get along well with the images I wanted to print.

So I had to figure out the best way to transfer : so far it is to print the image in black and white on a transparent foil, of the kind they use for silkscreen. Then, same as for the filaments, I use the hot press to transfer the ink on the film over the surface. This is very similar to the method used to print over electric wires. 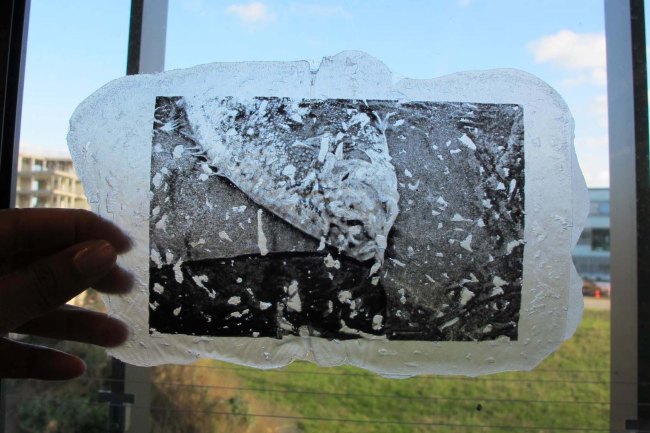 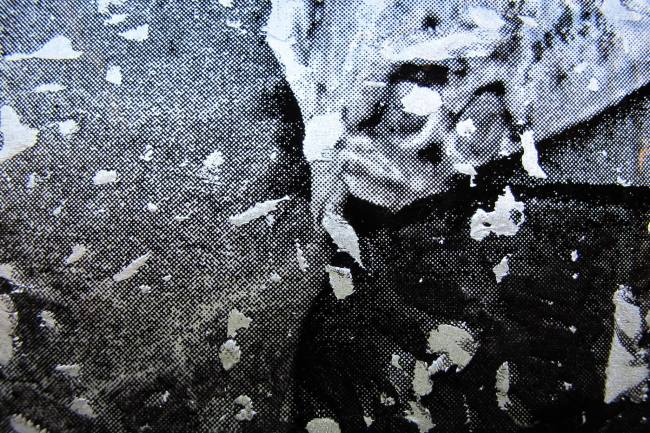 The effect works only if you look at the surface through light, therefore it’s a very important parameter I take into account for the atmosphere and sensitive dimension of those objects. The size shouldn’t be too big for this purpose as well. A few arrangements on temperature, time of transfer and cooling down later, I could get a fully printed image over the surfaces.

I also tested 3D printing the sheets : After some struggling on the size of filament and printer settings, I finally could get one (almost) perfect 3D printed plaque 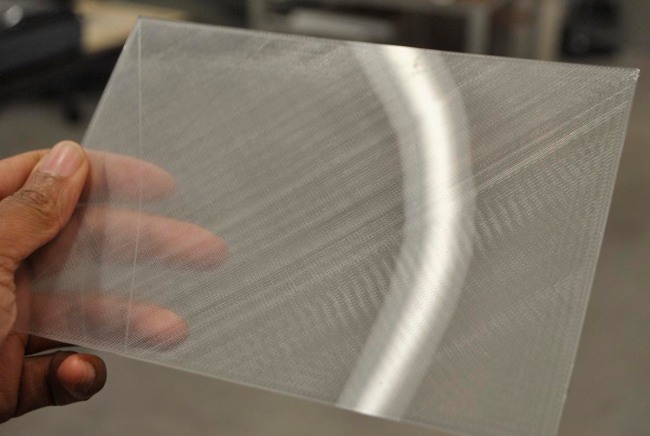 As for the melted sheets, I needed some adjustments on the transfer process to get a well printed image. Which I managed. 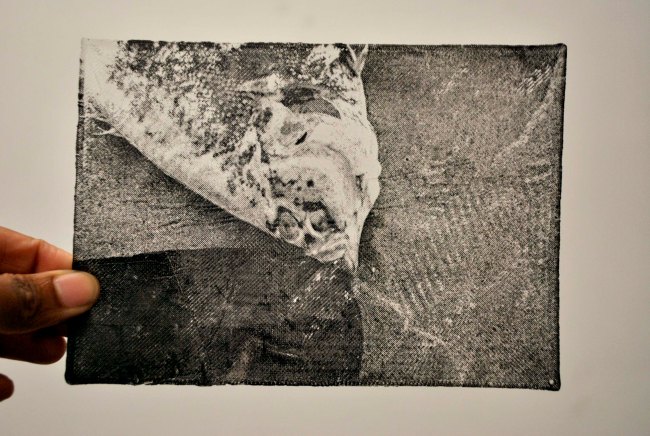 Now, several little improvements can be made (on the resolution of the image, its contrast, the thickness of the surfaces…). Yet I mostly have to figure out the link with the images. First, some of them aren’t fitted for this medium. Then I’m also wondering how appropriate my initial idea of superposition of layers is, regarding the evolution of my research.

The shape is something I’m also giving a lot of thought, trying to get rid of the classical photographic format to have more than an image printed over plastic and get an object in itself.

The end is near : soon the exhibition at Tetem, soon the presentation of a research conducted for the last five months.

It’s time to make choices : what to show, how to hang; last ideas, experiments. Make the plastic world tangible for the public.

Let there be light. 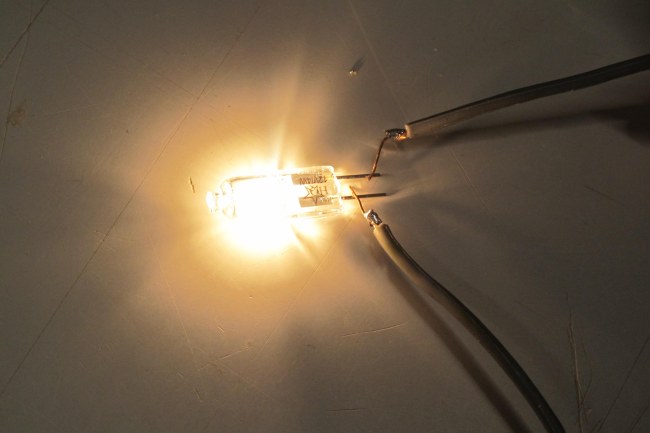 Views of my work exhibited at Tetem, from January 29th until 22nd of February :